Warning: Cookie names must not be empty in /nfs/c12/h01/mnt/223299/domains/leadership.com.sg/html/wp-content/themes/leadership/header.php on line 4
 Leadership | When Avoiding Conflict Is Healthy… - Leadership

When Avoiding Conflict Is Healthy… 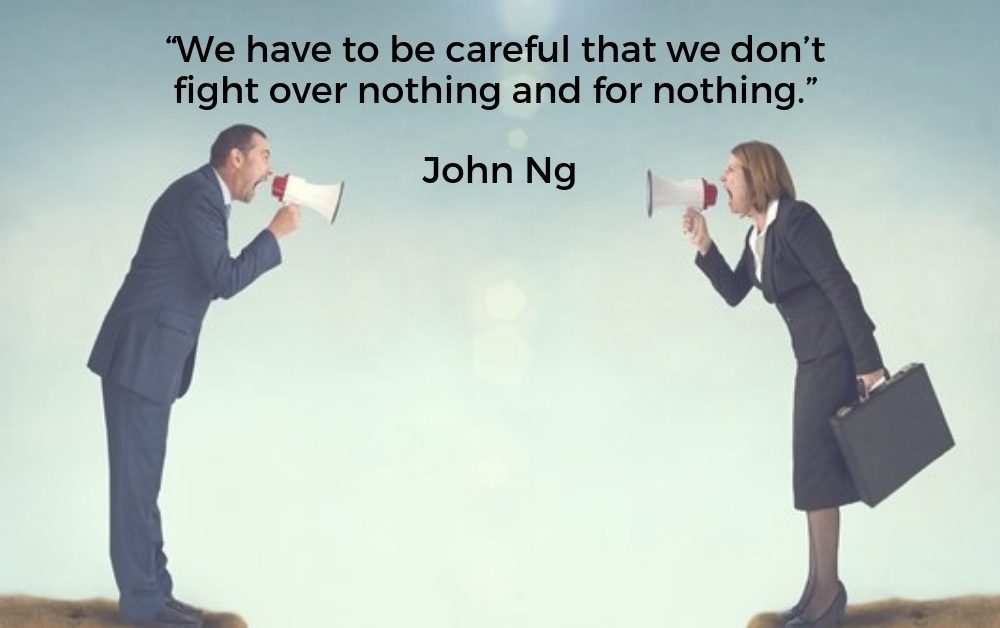 “We have to be careful that we don’t fight over nothing and for nothing.”

When emotions are running high and people become irrational, temporary avoidance is most appropriate. I call this taking a strategic withdrawal from the conflict.

Sally and Bob were happily married for 20 years, although they often got into conflict. Sally knew how to handle Bob, who had a rather short temper. Whenever he lost his cool and went into a rage, she would withdraw and allow him to vent. After some time, when he had cooled down, she would return and discuss the issue with him. This avoided many unnecessary & ugly fights.

Avoidance is appropriate when you do not want to escalate the conflict, especially when the conflicting parties are in a rage and cannot think rationally.

Make sure you come back to the issues concerned when emotions have subsided. Finding the right time to fight is very important in effective management.

Avoidance is also appropriate for people who are not adept at thinking on their feet.This is especially true for introverted employees who need time to process the information, size up the situation, and think through the conflict.

It makes sense for them to avoid saying the wrong things at the wrong time.

Lee, a young Korean technician in an IT company, learnt how to manage her introverted manager, Jung, very well. Whenever there was a conflicting situation, Lee noticed that Jung would keep mum for a while. Instead of pushing her for a reply, she would give Jung some time to think, and Jung’s solution would usually be a better one.

Employers and employees need to be cognizant of the personality type of their staff so that they can get the best from one another.

We need to choose our battles. Not every issue is worth fighting for. If it is not critical, it is important to comply or express no opinion. Some people enjoy being right in everything and expend unnecessary energy and time over unimportant issues.

Ishak was a wise husband. He avoided conflicts with his wife and children by allowing them to make decisions that were not critical. For example, he was not fussy about food, so he allowed his children and wife to decide what to have for their meals. He would normally relent. However, when it came to important matters, he would make a stand. This way, Ishak’s wife and children knew what was important to him and were more ready to comply.

We have to be careful that we do not fight over nothing and for nothing. I find this to be true in my marriage and work life. Sometimes I think that the issue at hand is so important that I argue, yell, shout and demand my own way, only to find that the consequence is not as severe as I had thought. I often regret fighting so hard and hurting the ones I loved. When the issue is not important to us, it is better to avoid or comply when in conflict.

When Dealing with Unimportant Relationships

Unfortunately, road rage happens when we want to get even. We retaliate when somebody cuts into our lane or honks incessantly at us because we are too slow to move when the light turns green. I have seen drivers who get into altercations and fights because they cannot get over the situation. It is better to avoid the conflict rather than retaliate in these situations.

I have often used the avoidance technique with impatient or rogue drivers, who get angry over some minor inconveniences. The relationship is unimportant to me. I will probably not see them again. They can yell, horn, or stick out their middle finger for all I care. Once they pass me, the conflict is over. No big deal.