Understanding the Millennials (Part One) 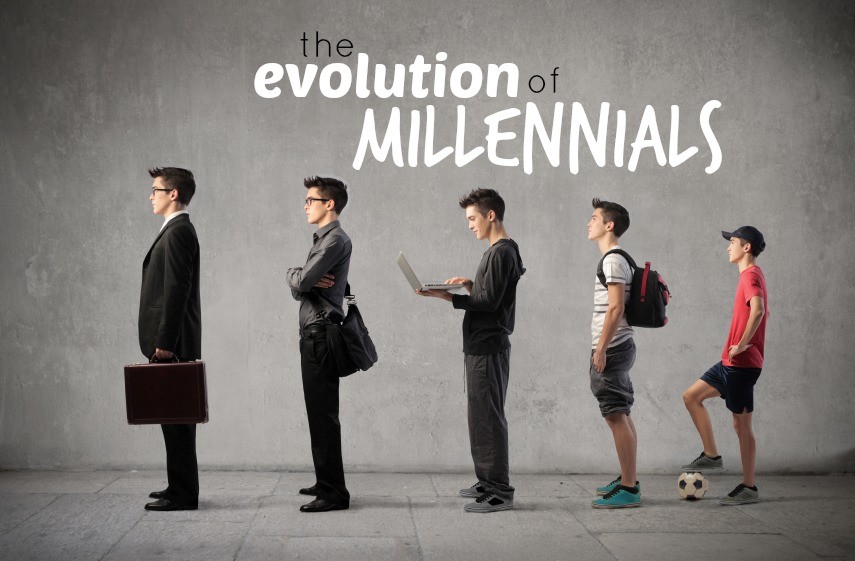 Understanding the Millennials (Part One)

“You must believe in the future of the Millennials!”

When asked, “How do you manage the greatest challenge of our time, the Millennials?” Mr Ngiam Tong Dow, one-time Permanent Secretary to the former Prime Minister Lee Kuan Yew, replied without hesitation, “You must believe that they are the future of the organization!”

I write this based on experiences living with three Millennials kids, managing a bunch of Millennials staff, and consulting with companies dealing with issues and studies on this generation of people over the last 10 years.

Allow me to make a few preambles before you read this treatise:

I call the Millennials the ‘whY Generation’ – because they ask these questions:

They are, perhaps, the most intriguing, most exciting and most knowledgeable generation of people we can ever manage. Indeed, some feel that they are the single most important challenge every leader, every organization and every country has to deal with today. Every boss and manager of the baby-boomer generation wants answers to this challenge.

I hope that through this essay we can find some answers to engage them, mobilize their potential, and release their energy to serve the greater good.

Who are the Millennials?

Let’s discuss some of the challenges confronting Millennials.

1)  Too Self-Focused: They are too focused on themselves and don’t care much for others.

According to the US National Institute of Health, ‘The incidence of narcissistic personality disorder is nearly three times as high for people in their 20s as for the generation that’s now 65 or older.’[i]

More college students score higher on the narcissism scale in 2009 than in 1982.

This seems to be more acute in China because of the one-child policy, which has created a generation of over-confident and self-absorbed children. According to Joel Stein, even the poor millennials have rates of narcissism, materialism and technology addiction in their ghetto-fabulous lives[ii].

According to Joel Stein, If the baby-boomers are the ‘Me’ Generation, the Millennials are the ‘Me, Me, Me’ Generation[iii]. This self-absorption is most evident in the ‘Selfie’ movement of photo-taking.

Look at Facebook, RenRen.com (the Chinese equivalent of Facebook in China), Line (Thai, Korea, Japan’s equivalent of WhatsApp) or WeChat (the most popular chat app in China), the ton of self-pictures, self-blogs, self-videos loaded is unbelievable!

As a result, they have turned themselves into ‘brands’, with friends and followers, which serve as sales figures. W. Keith Campbell, a psychology professor at University of Georgia, penned so poignantly, “People are inflating themselves, like balloons on Facebook!” They embellish their lives, Instagram their photos, spice up their food and dress up their friends. In a flash, they become instant mini-rock stars!

Growing up in the age of reality TV, they document their lives to create reality web celebrities. According to Doron Ofir, casting director for many reality TV Shows, “Most of us never define who they are as a personality type until they are 30. So for people to define who they are at 14 is a huge revolutionary jump!”

In Taiwan, they have coined the term The Strawberry Generation, in describing the Millennials: Soft and pretty but easily bruised.

The Strawberry Generation (Chinese: 草莓族or 草莓时代; pinyin: Cǎoméi zú or cǎoméi shìdài) is a Chinese language neologism and is a rising demographic or psychographic profile of Taiwanese people born between 1981 and 1991.

Like strawberries, they “bruise easily” – meaning they cannot withstand social pressure or work hard like their parents’ generation; the term refers to people who are spoiled, selfish, arrogant, and sluggish in work[iv].

The Millennials have lived mostly with their parents and grown up over-protected by their parents in an environment of relative prosperity similar to strawberries that are protected in greenhouses. In USA, according to the 2012 Clark University Poll of Emerging Adults, more people ages 18–29 live with their parents than with their spouse, resulting in stunted development[v].

Some sociologists and psychologists have attributed this lack of resilience to the over-emphasis in instilling self-esteem to improve chances of success to this generation. Self-esteem is great for getting a job or hooking up in a bar but not enough for keeping a job or a relationship.

Dr Roy Baumeister, a psychology professor at Florida University and the editor of Self-Esteem: The Puzzle of Low Self-Regard explains, “The early findings showed that, indeed, kids with high self-esteem did better in school and were less likely to be in various kinds of trouble. It’s just that we’ve learned that self-esteem is a result not a cause.”[vi]

However, in boosting self-esteem, we accidentally boost narcissism instead. Jean Twenge, a psychology professor at the University of San Diego, who wrote Generation Me and The Narcissism Epidemic, “When they’re little it seems cute to tell them they’re special or a princess or a rock star or whatever their T-shirt says. When they’re 14, it’s no longer cute.”

They yearn for self-praise and self-affirmation so much so that they become disappointed and demanding when they don’t get them. They see themselves as special and therefore insist on self-attention. They adopt an entitlement mentality. They feel that they have to be fast-tracked even though they don’t deserve it. When they don’t get it, they fall apart and get bruised like strawberries.

An English teacher, David McCullough Jr, who spoke at the Wellesly High School, gave the graduating speech entitled, “You are not special”. His message was, “Climb the world so that you can see the world not for the world to see you.” His video-speech drew thousands of responses and had 57 likes for every dislike, especially among the millennials themselves[vii]. What he said struck a responsive chord. This then provides a big challenge in the workplace:

As such, they have short career paths and don’t hold their jobs too long. They have an average of 7 jobs by the time they hit 26! If they stay in a job for three years, they deserve a long-service award! A recent study shows that 40% believe they should be promoted every two years regardless of performance. They have more participation trophies growing up.

This is a three-part series. We will continue to explore Appreciating the Millennials (Part Two) in the second part next week.

[i] Joel Stein. The New Greatest Generation: Why Millennials will save us all? May 20, 2013. Time Magazine. Time Magazine Asia. Hong Kong.

[ii] Joel Stein. The New Greatest Generation: Why Millennials will save us all? May 20, 2013. Time Magazine. Time Magazine Asia. Hong Kong.

[iii] Joel Stein. The New Greatest Generation: Why Millennials will save us all? May 20, 2013. Time Magazine. Time Magazine Asia. Hong Kong.

[v] Joel Stein. The New Greatest Generation: Why Millennials will save us all? May 20, 2013. Time Magazine. Time Magazine Asia. Hong Kong.

[vi] Joel Stein. The New Greatest Generation: Why Millennials will save us all? May 20, 2013. Time Magazine. Time Magazine Asia. Hong Kong.

[vii] Joel Stein. The New Greatest Generation: Why Millennials will save us all? May 20, 2013. Time Magazine. Time Magazine Asia. Hong Kong.

[viii] Joel Stein. The New Greatest Generation: Why Millennials will save us all? May 20, 2013. Time Magazine. Time Magazine Asia. Hong Kong.

A good leader can engage in a debate frankly and thoroughly, knowing that at the end he and the other side must be closer, and thus emerge stronger. You don’t have that idea when you are arrogant, superficial, and uninformed.