This is an exclusive interview with Dr Walt Wright, the former executive director of the Max De Pree Center for Leadership in Pasadena, California on Relational Leadership. 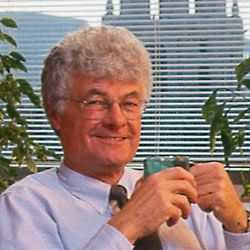 Hi Dr Walt, as a professor of leadership and a practitioner in various leadership positions, how do you define leadership?

So I think that leadership is that relationship between one person and another in which we seek to influence their vision, their values, their attitudes, or their behaviors. That’s always a relationship. Position and charisma are locations in which we exercise leadership, even resources which we can bring to the influence. But the relationship of influence is the heart bit of leadership.

What’s the role of the leader in an organization?

The important and critical role of leaders is to shape the culture of the organisation or company. They create and reinforce culture by everything that they do. What you believe as a leader is going to shape your behaviors.

Leaders create and reinforce culture by everything that they do.

Your values get expressed in your behaviors; your behaviors are communicated through your relationships of leadership, and overtime they become embedded into the group that looks to you for leadership. That becomes the culture of the organisation and the people who work there are shaped by the culture, not by whatever value statements you have on the wall, or any of the structures and policy of the organisation. It’s the culture that shapes the behaviors.

I tell CEOs when they’re working with their groups “I can go to your company and watch your people, how they engage at work and engage with one another and learn something about your character as a leader. Because your character, through your relationships, become embedded in the organisation and the culture that you have and ultimately shape the productivity and outcomes of your organisation”.

And for me that’s probably my biggest passion – How to help leaders create healthy cultures where people can thrive and grow and blossom.

How can leaders apply the concept of relational leadership in their organizations?

My basic approach to management, because leadership is relational, means that I’m there to make an investment in my team and my staff. My whole concept of leadership is that followers don’t work for the leader. The leader works for the followers. My job is to ensure the success of the people whose success I am responsible for, the team that I’ve been assigned to lead.

Once you operate with that mentality, leadership and management becomes a form of mentoring because the leader makes himself accessible to the people on his team.

As I get more into understanding about mentoring – being accessible to people, I would always tell my staff, anybody who wants to, that I am willing to engage in a mentoring relationship or a tutorial leadership or some kind of learning relationship alongside of our managerial role, and different people would take my offer.

I hired a younger woman at Fuller and at one point she decided she wanted to learn about leadership and my philosophy on leadership. So once a month I would assign her a book to read and we would sit down and talk about the book and she had the right to ask how that worked itself out of my leadership in the division we were operating in.

I always give my staff permission to ask about anything that I was doing. In some ways you make yourself a mentor by exposing what you are trying to accomplish and inviting people to question you.

At some points, they tell you things you don’t want to hear. You invite people to criticise and question you and sometimes they do…and they’re right. And I have to call to account and change my behavior.

WE practice relational leadership by becoming accessible to people.

I think you start by talking to people and listening. When I went to Regent as the new president, I spent the first year just listening. I would take every faculty member and staff out to lunch or dinner; I met with students and alumni; I went around the country and talked to alumni and donors and I basically listened and asked them “what is important about Regent to you? What is important about your role and your relationship within Regent?” Now if you’re talking just within the company or an organisation, “why do you work here? What is important to you? What do you need from this place to be able to thrive in your contribution to our mission? How well do you understand our mission?” and I listen.

First part of initiating leadership is to be a listener and listening includes finding out something about the people that you are responsible for. “What gets you up in the morning?” “What brings you to the office?” “Why do you want to work here in this place?” “How do you think you’re contributing to our mission?” “How can I help you?”

Do your job and that begins to shape the direction of the leadership as a servant of the followers. Then you become accessible to people. They know they can feedback to you what they are seeing. That they trust you enough to take the risk of saying things that you might not like to hear.

I remember one young woman stopped me in the hallway and very timidly said “You said if something bothered us we should say something about it.” and I said yes that’s true. “Well I heard that….” It wasn’t anything terrible, but she was able to express her concern so I could tell her exactly what the truth was and what was being done and that gave her the confidence to speak up at any point when she saw something or needed to understand something.

I’d like to say the 4 things that I expect of leadership:

1. Articulate the Mission – keep the mission of what we are about as a team, as a company, as an organisation.

2. Reinforce the Culture – recognize that everything you do teaches people around what is important. Everything you do is impacting the culture, if you’re the leader, you’re never off duty, from the moment you walk in the front door, from the moment you park in the parking lot, whether you have your own personal private parking space, all of those things teach something about what is important. I was buying coffee at the coffee bar in the college and the student in line behind said to another student “the president just paid for his coffee” and I have no idea what that meant, but it reminded me again that everything I do is being watched and conclusion is being drawn.

3. Contextualizing the Contribution, or Empowering the People – Make sure your followers have the resources they need to do their job. At the same time, let them know that what they do is important to the mission of the organization. So nobody feels like they’re a useless cog in the machine but that we need what they’re doing to help us achieve the outcome that we’re all a part of together.

So, articulating the mission, reinforcing the culture, empowering the people, and saying thank you. That’s what I think leadership is about.

What’s your advice to young leaders?

I would resist giving advice, I’d want to start asking, what do they want out of life? Where are they going? How do they see the future? What gets them up in the morning? What excites them? What would they like to accomplish with their lives?

So I would probably ask the question “what’s important to you?”

Because building your values and understanding your character is what your leadership is going to flow from. Leadership flows from character, and people follow leaders who have integrity and whom they can trust.

My advice to anybody is respond to the questions “what’s important to you?” and “what do you believe?”, and how your beliefs are shaping your behaviours. That’s where I would start. I think it starts with your beliefs and values and character, everything else flows from there.

If you are a person with character, you are going to have influence and if you have influence then you are leading. If you are consciously and intentionally trying to live out a set of values that you believe, it will frame who you are as a person. It is that integrity that ultimately shapes whether you are a leader or whether anyone chooses to follow you.

Dr Walter C. Wright is a Senior Fellow at the Max De Pree Center for Leadership at Fuller Theological Seminary in Pasadena, California, where he served as executive director from 2000-2012. He came to this position after twelve years as president and professor of leadership at Regent College, Vancouver. His books include Relational Leadership, Mentoring: The Promise of Relational Leadership, Crossings, and The Third Third of Life: Preparing for your future. Walt lives in Pasadena with Beverly and when he is not working, he enjoys being in the mountain and spending time with his grandchildren.