How Should A Leader Handle Conflicts? 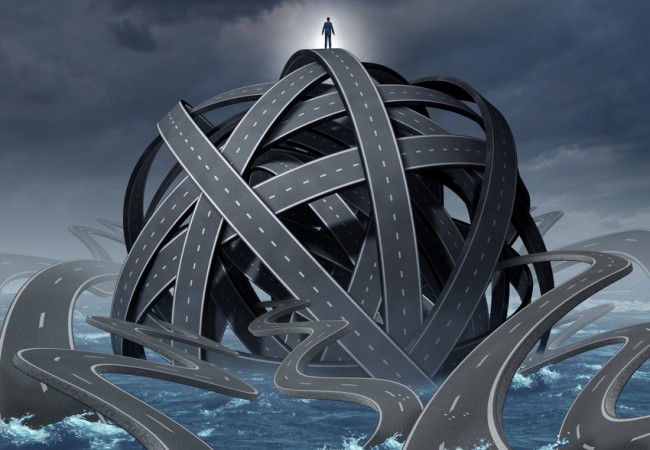 In Philippians 4, Paul addresses the theme of unity and deals with a conflict situation in the Church of Philippi. An argument has occurred between two leading members of the church and is apparently affecting the life of the whole congregation. The verses do not reveal all the details. But we can infer a number of things from Philippians 1:2-3 – “I plead with Euodia and I plead with Syntyche to agree with each other in the Lord. Yes, and I ask you, loyal yokefellow,help these women who have contended at my side in the cause of the gospel, along with Clement and the rest of my fellow workers, whose names are in the book of life.”

The two women were key leaders. Verse 3 tells us that they worked alongside Paul and carried some responsibility for the mission of the Gospel. They were team members and fellow leaders. The mention of a third party in the person of Clement probably affirms this as he is most likely a well-known person (a respected leader as well as a partner with Paul) in the congregation. He could be a mediator for them or he could have also been involved in the dispute in a secondary way. The fact that Paul mentions the two women by name shows their standing in the community and that Paul believes their disagreement, even if it is a minor issue, is no small matter as it affects everybody else!

Notice Paul’s tact in saying the words “I plead with” to both women respectively. This shows his neutrality in the matter. He is not siding anyone but pleading equally with both. It also shows his respect for both of them. We can learn much from the way Paul handled the problem.

Euodia means “fragrance” and Syntyche means “good fortune.” Do we wonder why very few people chose those names? They have good meanings but the women did not live up to their names. This is the only time we read about them. It isn’t a good legacy to be remembered this way – a quarrelsome pair. They were probably women with strong personalities. Could it be that their dispute was over something quite minor?

What was Paul’s admonition? Even though we may not be able to know what the two women were disputing about, we know that Paul’s exhortation is simple:  Agree with each other in the Lord. In other words, true to the thrust of this epistle, he wants them to practice putting the interests of the other ahead of one’s own. This would be a right way to solve their dispute. The phrase “in the Lord” is added to assure us that such agreement may not be possible from a human effort and that if there is a genuine agreement based on humility and the putting of others first, it is because of the work of God in our lives. In the end, it is the Lord who produces the surprises in human behavior like that of a reconciliation between bitter parties.

Perhaps we can draw out some practical implications to handle conflicts. Firstly, conflict is part of life and we don’t need to see them negatively. Not all conflicts can be resolved or even need to be resolved (we can agree to disagree).  Both parties can still move on and not be imprisoned by seemingly unresolved conflicts. Can we see conflict situations as opportunities to learn wisdom and obedience? In this light, conflicts can be used by God for our good.

Having said that, we should all seek to make peace. How do we achieve this when we face conflict with others?

We should start with self-examination. Take responsibility for your own action and your part in the conflict. Remember that when we point a finger at someone, four are point back at us. Is it a difference of style or wrong attitudes or prejudices that cause the conflict in the first place? Remember that some fights are just not worth fighting about. Always look beyond actions to the intentions. Are you or is the other person intending to be difficult? Perhaps not. Perhaps his character needs some refining. Perhaps you need to be more understanding.

Next thing we can do is to look ahead to what can be done to resolve the conflict. Can you take the first step? Matthew 5: 24 suggests that we should make the first move. It takes humility but someone has to be more humble if we want to resolve a difference! Acts of kindness will generate reciprocity of kindness.  Sometimes this step may mean constructive confrontation (Matthew 18:15). Talk it out in a calm but firm way, without blaming or shaming. If both sides can see each other’s point of view, we can make progress. However, if you are actually looking forward to the confrontation, you are poised to kill, so beware.  Be honest, be upfront but not brutal. If you want respect, you must first show respect.

It is always good to call on others to help mediate a conflict if the two of you are not able to do it properly. Here is where we can learn from St Paul. The church is the place where we can settle our difference in the spirit of Christ. Get a third party who is uninvolved and well respected. St Paul did not take sides but dealt fairly with the two contentious women in the church. Nowadays, apart from pastors, we have trained counselors and mediator who can help. With such professionals around, leaders and ordinary folks should not be stumbling and groping in darkness in a conflict situation. In cases of immorality and abuse, the church has the authority to exercise discipline on members. Going to court should be the last resort.

Forgive and forget is how God has dealt with us. Can we not do likewise with anyone who has offended us?

Michael Tan is currently the President of Eagles Communications. He is one of its founding members. As a full-time staff since 1979, he has managed various teams as producer of concerts, editor of Eagles VantagePoint, and chair of local and overseas events. He has also been training leaders and speaking on leadership issues in the past 20 years.

Rank does not confer privilege or give power. It imposes responsibility.