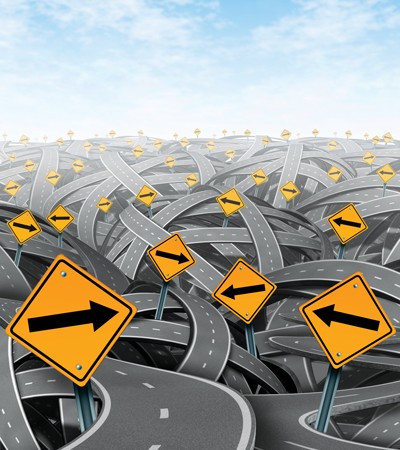 The Adult Education committee at my small church consists of the pastor, a retired couple, and me. Everything is very personal, as it often is in a small church. We plan out the speakers for our Adult Ed Sunday School class. We start by asking for ideas. One time, one of the laypeople suggested something like, “Maybe we could use one of those fill-in-the-blank books from the Christian bookstore.” I hated the idea because I did not think it was sophisticated enough for the adults in our class. But I did not want to embarrass the guy by telling him that. So I said, “OK, that’s a good idea. What are some other ideas?” And we never returned to his idea. I sent him a mixed message. I told him he had a good idea and then I ignored it.

Mixed messages create problems in churches large and small. They often come up when organizations attempt to make changes. Leaders often use mixed messages as a way to shield themselves from the inconvenient by-products of change. They know that they cannot oppose the change itself. So they send a mixed message and expect their people to take the hint.

At the staff meeting, the senior pastor sent a proposal to be considered (while he was away). He said he supported the new mission statement and agreed with the idea that all ministries should fit under the priorities outlined in it. At the same time, he proposed that he be allowed to continue his pet project. None of the staff wanted to oppose him openly, even though he was not in the room. An unsuspecting outsider (me) attending the meeting pointed out the obvious conflict. There was silence. Another pastor then said, “I think we have consensus that this is a good idea.” The Executive Pastor who was chairing the meeting followed that with, “OK, we’ll send this along to the board for action. And be sure to note in the minutes Scott’s good comment.”

After the meeting, the Executive Pastor thanked me for my “helpful contribution.” When I saw another pastor in the hallway after the meeting, he told me about how frustrated he was because he was going to be stuck dealing with the collateral damage that the pastor’s proposal would cause. The minutes of the meeting said nothing about the obvious flaw. They could not. The staff needed to pretend the pastor had not violated the new mission statement. All this happened because the senior pastor sent a mixed message (i.e. I support the new mission statement; and I plan to violate it.)

Mixed messages create problems. The organizational scholar Chris Argyris has a name for this.  With his tongue in his cheek, he describes “four easy steps to chaos.”  If you want chaos in your organization, this is all you have to do:

E.g. “Your decision was a good one, and I’m overruling you.”

2. Pretend it is not mixed.

E.g. “You can be proud of your contribution.”

3. Make the mixed message and the pretense un-discussable.

E.g. “I feel good about this decision, and I’m sure you do too.”

E.g. “Now that I’ve explained everything to your satisfaction, is there anything else you’d like to talk about?”

Mixed messages are not always the result of bad behavior. Often, they come from competing commitments. When I ignored the man who suggested the fill-in-the-blank book for Adult Ed, my motives were not mean. I was committed to being kind to him. But I was more committed to having a sophisticated Adult Ed curriculum.

Sending a mixed message is a particular temptation for those with power in an organization.  If you are in charge of a youth ministry or are the one planning an event for your soup kitchen, you have power. And when someone disagrees with you, it will be very tempting to take the path of least resistance – to pretend you have heard them while planning to ignore them.  If you do this, you will create chaos in your organization and shut down honest conversation. And without honesty, there is no learning. Your motives may be pure (like me, you may be trying to preserve someone’s feelings) but in the end, you make it hard for people to feel understood or to be effective.

People are more impressed by the power of our example rather than the example of our power.