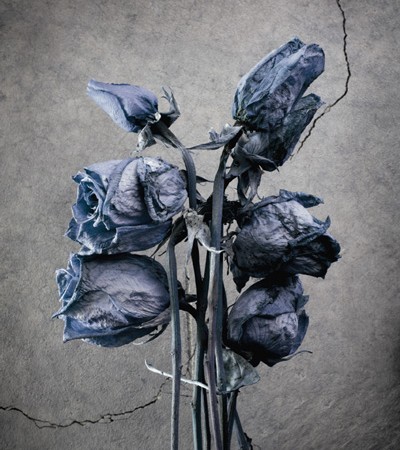 “Pete, I’m leaving the church,” my wife Geri had muttered quietly. I sat still, too stunned to respond. “I can’t take any more of this stress – the constant crisis,” she continued.

Geri had been more than patient. I had brought home constant pressure and tension from church, year after year. Now the woman I had promised to love just as Christ loved the church was exhausted.

We had experienced eight unrelenting years of stress. “I’m not doing it anymore,” she concluded. “This church is no longer life for me. It is death.”

When a church member says, “I’m leaving the church,” most pastors do not feel very good. But when your wife of nine years says it, your world is turned upside down.

We were in our bedroom. I remember the day well. “Pete, I love you, but I’m leaving the church,” she summarized very calmly. “I no longer respect your leadership.” I was visibly shaken, and did not know what to say or do. I felt shamed, alone, and angry. I tried raising my voice to intimidate her: “That is out of the question,” I bellowed. “All right, so I’ve made a few mistakes.”

But she calmly continued, “It’s not that simple. You don’t have the guts to lead – to confront the people who need to be confronted. You don’t lead. You’re too afraid that people will leave the church. You’re too afraid of what they’ll think about you.” I was outraged. “I’m getting to it!” I yelled defensively. “I’m working on it.” (For the last two years, I really had been trying, but somehow still was not up to it.) “Good for you, but I can’t wait any more,” she replied.

There was a long pause of silence. Then she uttered the words that changed the power balance in our marriage permanently: “Pete, I quit.”

It is said that the most powerful person in the world is one who has nothing to lose. Geri no longer had anything to lose. She was dying on the inside, and I had not listened to or responded to her calls for help.

She softly continued, “I love you Pete. But the truth is I would be happier separated than married. At least then you would have to take the kids on weekends. Then maybe you’d even listen!” “How could you say such a thing?” I complained. “Don’t even think about it.”

She was calm and resolute in her decision. I was enraged. A good Christian wife, married to a Christian (and a pastor I may add), does not do this. I understood at that moment why a husband could fly into a rage and kill the wife he loves. She had asserted herself. She was forcing me to listen. I wanted to die. This was going to require me to change!

The Beginnings of This Mess

How did we get to this point? Eight years previously, Geri and I had begun New Life Fellowship in Elmhurst, Queens. Perhaps it is more accurate to say that I had a “vision” and Geri followed.

Now, four children later, Geri was battle-weary and wanted a life and a marriage. By this time I agreed. The problem was my sense of responsibility to build the church and to other people. I had little energy left over to parent our children or to enjoy Geri. I had even less energy to enjoy a “life,” whatever that was! Even when I was physically present, such as at a soccer game for one of our daughters, my mind was usually focused on something related to the church.

Weeks had turned into months. Months into years. The years had become almost a decade, and the crisis was now in full bloom. The sober reality was that I had made little time during those nine years for the joys of parenting and marriage. I was too preoccupied with the demands of pastoring a church.

We were gaining the whole world by doing a great work for God while at the same time losing our souls (Mk 8:36).

When Geri told me she was quitting the church, I finally hit rock bottom. God was speaking to me through her. I did not want to listen. There were only a few choices at the end – fight God, flee from God, or surrender to Him. By His grace I finally surrendered, admitting the truth to God, myself, and Geri – I was a hypocrite, winning the whole world and failing to love the one person on the planet to whom I had made a covenant.

I was embarrassed. I was ashamed.

In this pit, however, God met us in an extraordinary way.

Geri had stripped off the heavy spiritual veneer of “being good” that kept her from looking directly at the truth about our marriage and lives.

We finally were in a place to receive God’s revelation – Emotional Health and Spiritual Maturity are inseparable. You cannot be spiritually mature and emotionally immature. I had done that for over twenty years as a Christian.

The sad reality we discovered was that Jesus had penetrated only superficially into the depth of our persons.

This experience that initially felt like death proved to be the beginning of a journey with God and the discovery of a relationship that would forever change my life, marriage, family, and ultimately the church.

The last twelve years have been the best years of my life as a human being, a follower of Jesus, a husband, a father, and a pastor. Joy and “aliveness” have been the dominant themes of our relationship and life together.

This is not to say Geri and I did not work hard. We did.

A person can grow emotionally healthy without Christ. I can think of a number of non-Christian people who are more loving, balanced, and civil than many church members I know. At the same time a person can be really into prayer, silence, Scripture, and other Christian disciplines and be emotionally immature and socially maladjusted. It is the two together – emotional health and contemplative spirituality – that release great power to transform our spiritual lives, our small groups, and our churches.

The pathway out of this disconnect is radical. That is, it very likely cuts to the root of your entire approach to following Jesus. Trimming a few branches by, for example, attending a prayer retreat or adding a couple of new spiritual disciplines to an already crowded life will not be enough. The enormity of the problem is such that only a revolution in our following of Jesus will bring about the lasting, profound change we long for in our lives.

1. Using God to run from God
(e.g., applying Scripture selectively to suit my own purposes, not me doing God’s will.).

2. Ignoring the emotions of anger, sadness, and fear
(e.g., not being honest with myself and/or others about the feelings, hurts, and pains beneath the surface of my life.).

3. Dying to the wrong things
(e.g., denying healthy, God-given desires and pleasures of life – friendships, joy, music, beauty, laughter, nature – while finding it difficult to die to my self-protectiveness, defensiveness, a lack of vulnerability, and judgmentalism.).

4. Denying the past’s impact on the present
(e.g., not considering how my family of origin and significant people/events from my past have shaped my present.)

5. Dividing life into “secular” and “sacred” compartments
(e.g., compartmentalizing God to “Christian activities” while usually forgetting about Him when I am working, shopping, studying or recreating.)

6. Doing for God instead of being with God
(e.g., evaluating my spirituality based on how much I am doing for God.)

7. Spiritualizing away conflict
(e.g., missing out on true peace by smoothing over disagreements, burying tensions, and avoiding conflict – rather than disrupting the false peace like Jesus.)

8. Covering over brokenness, weakness, and failure
(e.g., not speaking freely about my weaknesses, failures, and mistakes.)

10. Judging the spiritual journeys of others
(e.g., finding myself occupied and bothered by the faults of others.)

What God did in our lives spilled out into the church immediately. Beginning with our staff team, then our elder board and eventually the rest of our leadership. The result has been a rippling effect, very slowly, through the entire church. Beginning with the staff and elders, interns, ministry, and small group leaders – directly and indirectly – we have intentionally integrated the principles that are explained more fully in The Emotionally Healthy Church (Zondervan 2003) and Emotionally Healthy Spirituality (Nelson, 2006).

Once you go through the door and leave what I am calling “emotionally unhealthy spirituality,” there is no turning back. It is the beginning of a journey that will change your life, your marriage, your church and, ultimately, your ministry!

This article “Emotionally Unhealthy Spirituality” by Peter Scazzero was first published in the January 2010 issue of Eagles VantagePoint magazine (www.vantagepoint.com.sg). Used with permission.

Pete Scazzero is the author of several best-selling books, including The EHS Course, Emotionally Healthy Spirituality, and The Emotionally Healthy Church, groundbreaking works that equip leaders in a deep, beneath the surface spirituality that transforms people who transform the world. Pete was the senior pastor of New Life in Queens, New York City, a multiracial, international church with over 73 countries, for 26 years and now serves as their Teaching Pastor. Follow him @petescazzero on Twitter/Facebook.

Plans are only good intentions unless they immediately degenerate into hard work.