Be Willing To Be Wrong 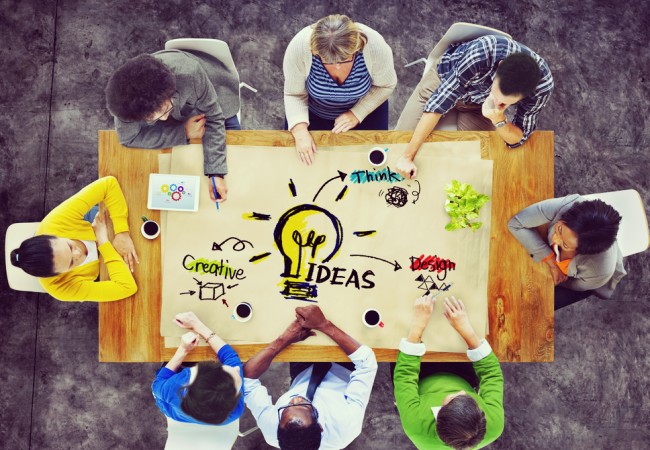 Focus, determination and confidence are all traits to be admired. They’re all signs of strength. They’re traits I’m sure we all recognize every leader needs to possess in order to be a success.

And I agree totally with such a conclusion. But I also believe they could be the reasons for a person’s downfall.

They could be the reason why we don’t succeed with people. Let me explain.

Focus could lead to being blinkered in your approach. Determination could result in a stubbornness to change despite what the facts are telling us. Confidence could lead to a dangerous cocktail of arrogance and complacency.

It’s probably fair to say that rarely at the top of a list of leaders’ top traits would be “humility” and “a willingness to be wrong.” A willingness to actually admit that in the light of fresh facts and new evidence a change of direction may be required. But such traits could be invaluable if we’re to succeed in life and succeed with people.

When I’m driving and start going in the wrong direction (which happens on a regular basis despite the support of advanced modern technology) my sat-nav will advise me to make a U-turn. To ignore its advice, particularly when I’m in an unfamiliar area, would be stupidity.

Yet some political leaders, such as Britain’s first female Prime Minister Margaret Thatcher, have baulked at such an approach. To make a U-turn was seen by her as a sign of political weakness. In some cases it probably was.

But ultimately an unwillingness on her part to ever admit she was wrong meant she lost the loyalty and respect of some of those closest to her, and this led to her unceremonious and premature departure as leader of her own party.

A similar stubbornness was fortunately demonstrated by Adolf Hitler. I say fortunately, because if he had been prepared to listen more to his generals and adopt a more flexible approach to Germany’s war efforts then he may have tragically achieved the political outcome he was striving for.

There may only be a subtle difference between “determination” and “stubbornness,” …one leads to success whilst the other makes you look stupid.

I’m not suggesting we abandon focus, determination and
confidence. But I am suggesting this:
An overused strength can actually become a weakness.

However, this is not a call to embrace the complete opposite of these traits. But it is a challenge to be willing to temper them with a mixture of humility and openness
when required.

Bite Size Challenge
How open and willing are you to having your ideas challenged by others? When was the last time you actively sought out someone to do so?

The reality is we need to be careful of becoming too black and white in our thinking about every issue. Sometimes grey is OK.

Uncertainty goes with the territory in our ever changing world, and in order to embrace that uncertainty successfully, we have to be more open and flexible in our thinking and approach. That in a nutshell is often the key to succeeding with people.

OK, so what does this mean in practice?

When you’re meeting other people please remember first impressions are not always right either. They’re powerful, and they’re influential, but they’re not always correct.

But here’s our challenge. We all have a propensity to jump to conclusions about people in our quest to pigeonhole them. We like putting people in boxes. It gives us a greater feeling of control. But this need to do so can have its downsides.

As you’re about to discover. Trusting my gut and going with “my first impression” has literally cost me thousands of pounds. I’ve ended up working with people I should never have worked with. I’ve made important and significant decisions in my business and lived to regret them because I placed too much emphasis on my feelings and not enough on facts.

Once I’d made a decision I wasn’t especially open to the possibility that I may be wrong. I persisted working with people I should have moved on from. Big mistake.

To quote a proverb of the Dakota Indians: “When you’re riding a dead horse, dismount.”

I’m not suggesting you ignore your feelings, but please be aware how much they can fluctuate.

So why not try this approach in future: Pre-empt your comments by saying “I may be wrong on this, but this is how I currently feel about things.” This encourages others to contribute their opinion without feeling they’re attacking your position. It also gives you a get out of jail card which gives you the opportunity to change your opinion on a matter.

Clearly to do so all the time means you start to lose credibility, and in a time of real crisis this approach would do little to inspire confidence in others. But a willingness to be wrong and an openness to listen to and explore others views and thoughts can be invaluable . . . sometimes. It’s a great way to increase the engagement of others when you take such an approach and encourages others to share their own insights and ideas.

Fortunately a willingness to be wrong did contribute to the success of one of my bestselling books, Self Confidence. That was the title my publisher came up with. I much preferred what I considered to be the far more quirky, engaging and sexy title You Don’t Have to Dance Naked, with the subtitle The real truth on how to develop your confidence. Most of my friends agreed. In contrast the publisher’s title was both boring and bland.

However I had to confess my publisher had a better understanding of the market than I did. They knew that the main book buyer of a well-known retailer in the UK would not support a book called You Don’t Have to Dance Naked. It was just too quirky a title for them and the market they were aiming at.

But I had a gut feeling. People would love the title. The word “naked” in the title would immediately arouse curiosity and interest. But in the end I put my gut feelings to one side. I listened to my publisher. I went with their advice. I was willing to be wrong.

The question is, are you too?

So was my publisher right? Was my willingness to be wrong justified? Well my book Self Confidence was published in January 2010. It spent 24 weeks at number one in a particular UK retailer’s business chart. It was quickly snapped up by a number of foreign publishers and is now available in several languages. Who knows how well my alternative title would have done. Even better perhaps? I doubt it. My gut feeling was wrong. It won’t be all the time. And it would be stupid to ignore it. But it would also be stupid to make it the sole arbitrator of all my decisions.

It’s not a sign of
weakness to admit you
may be wrong; it’s often
a sign of wisdom

You need to weigh up your facts and not just your feelings. You need to listen to people who see the world differently to you. You won’t always agree, but it would be unwise not to listen. And when people feel they work for or live with someone who is prepared to listen to their perspective even when it may be different from their own, that can be highly motivating. Agree?

Bite Size Challenge
Do you encourage people to challenge your thinking and viewpoint? Are you willing to admit you’re wrong sometimes?

Paul McGee is a well known international speaker and author. He has spoken in 35 countries to date and is the author of bestseller, S.U.M.O. Shut Up, Move On. The Straight Forward Guide to Succeeding in Life. This article is an extract from one of his latest books, How Not To Worry. Paul’s newest book How To Succeed With People – Remarkably Easy Ways to Engage, Inspire and Motivate Almost Anyone will be out in April 2013. It will be available in major bookstores in Singapore including Popular, MPH, Times, and Kinokuniya (pre-order available on their website at www.theSUMOguy.com.)