How You Can Deceive Yourself: The Deceitfulness of Self-Deception

“Anyone who has ever tasted the ‘good life’ of power, fame and materialism
will always be tempted to justify themselves.”

Dr John Ng
Unleashing the Greatness in You: The Power of Self-Leadership 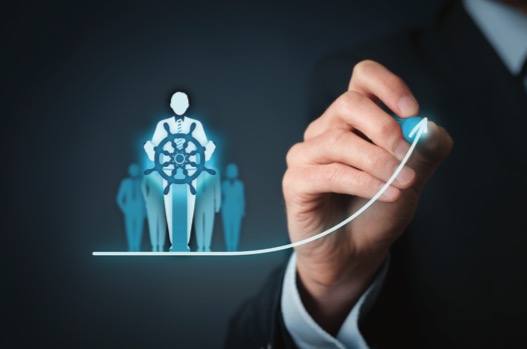 I am fascinated with the phenomenon of self-deception — how people can fool themselves into thinking they can get away with their wrongdoing.

Many of us also have it. The answer is the deceitfulness of self-deception: Why do you keep deceiving yourself?

This is the ‘Boiled Frog’ effect, whereby a frog is slowly boiled to death without it escaping when it is in a beaker of water and the heat is turned up slowly.

Similarly, Bernard Madoff was so successful in conning his friends and clients that he did not know how to stop. As journalist Daniel Gross opined, “There is something Gatsby-esque about the whole story. Madoff is a clear proxy for Meyer Wolfsheim, the vulpine, self-satisfied criminal seducer.”

Lance Armstrong had become so accustomed to cheating in order to win that he convinced himself and his team-mates that this was the right thing to do. This became business as usual.

Rod Blagojevich had become so conditioned by the power he could wield anytime and in any way to get what he wanted. It was difficult to stop.

Ramalinga Raju’s story was a true rags-to-riches one. He began with a modest IT company of 20 employees, which grew rapidly until he was getting contracts from US companies. Yet he overstated its cash reserves of US$1 billion, and siphoned away most of it for himself. He confessed that he had become so accustomed to the good life and the accolades, he could not imagine living the ordinary life.

Anyone who has ever tasted the ‘good life’ of power, fame and materialism will always be tempted to justify himself or herself.

You will succumb to self-justifying beliefs. I have heard it so often that I even tend to believe it when people say:

You will face these self-justifying and self-convincing phrases. Unless you have a moral compass, you will succumb.

In comparing the Madoff case with the collapse of our financial institutions, American economist Paul Krugman writes:

The vast riches achieved by those who managed other people’s money have had a corrupting effect on the United States society as a whole… While Madoff was apparently a self-conscious fraud, many people on Wall Street believed their own hype…

At the crudest level, Wall Street’s gains corrupted and continue to corrupt politics, across both political parties. From Bush administration officials, like Christopher Cox, chairman of the Securities and Exchange Commission, who looked the other way as evidence of financial fraud mounted, to Democrats who still haven’t closed the tax loophole that benefits executives at hedge funds and private equity firms, politicians have walked when money talked.

People influence each other into believing things, for good or ill. Be it a peer ‘conspiracy’ or an unintended consequence, you begin to believe the unwitting ‘propaganda’ that we give one another.

Many have fallen because they cannot have anything less than what they believe they are entitled to. In each of us, there is a little ‘Madoff’, ‘Raju’ or ‘Blagojevich’. Before you point an accusing finger or become judgmental, you should look at yourselves in the mirror and recognize that you can begin to feel entitled especially after you have experienced the good life.

Daniel Vasella, former CEO of Novatis, warns: “An individual can be corrupted by what’s going on around him, and if you’re not careful and suspicious of our own strength, then you will fail… If you want to cheat, you will always find a way. You might get caught, but many don’t. And every time they don’t, the tyranny of self- deception gets stronger.”

Tell me, which of the four aspects of self-deception are you most susceptible to? Email drjohn@meta.com.sg or leave your comment below.

If you enjoyed this excerpt from my new book, Unleashing the Greatness in You: The Power of Self-Leadership, and want to know more about it and self-leadership, head over here.

Tags: Unleashing the Greatness in You
6 2582

The greatest glory in living lies not in never falling, but in rising every time we fall.